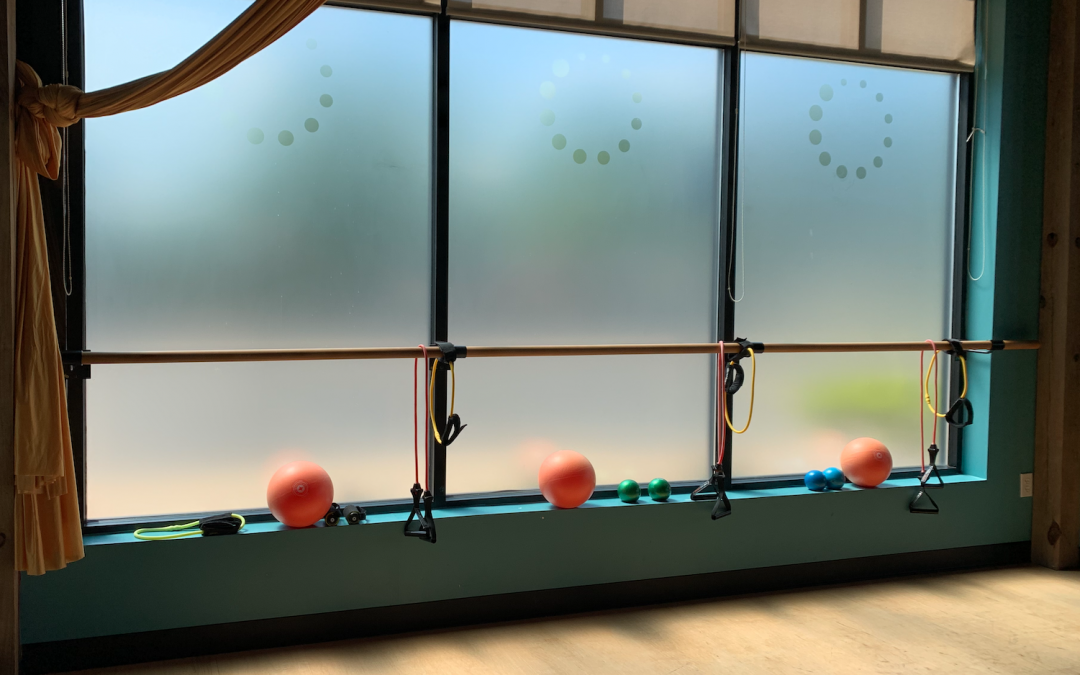 If you’ve never taken a Barre class at MOVE, this summer is a great time to start. The beauty of barre is that integrates elements of dance, yoga, cardio, strength training and yes, even Pilates! Every barre class features a great combination of stretching and strengthening, and emphasizes balance, posture and alignment. In a nutshell: It’s great for everyone.

MOVE Barre instructors Jane Sheets and Laura Tyson have both been teaching barre for years and can’t say enough about the benefits it holds for all types of bodies.

There are a million reasons to take a barre class at MOVE, but here are our top three:

Barre is beneficial for everyone

One of the biggest myths about barre class is that it’s just for dancers. Yes, part of the class is performed at a ballet barre and incorporates a number of ballet moves and principles. But anybody can and should give it a try. It’s a great class for increasing strength, flexibility and stamina at any level.

Laura agrees: “It’s not a dance class! You’ll see and hear terms commonly used in the ballet world, but it’s absolutely accessible to everyone. Any movement can be modified according to what your limits are.”

Barre class is safe for anyone who’s been cleared to move by a health professional. Anyone with restrictions related to neck, shoulders, hip or back pain can easily work with the instructor to modify their workout as needed. For people with a history of knee pain, barre class is a great place to strengthen the muscles surrounding that joint and practice proper alignment.

Playlists to get your body moving

Let’s be honest. What we love most about barre class is the music. And it’s a good thing there is some, because it helps you forget how hard you’re actually working.

“I play a lot of popular music, alternative rock and even some dance tunes” says Laura. “It depends on what I’ve heard that week. I’ll grab stuff from the radio, a movie or even a commercial on tv!”

Currently, Laura’s three go-to songs on her barre playlist are One Less Day by Rob Thomas, Burning by Maggie Rogers and If it feels good by Leon Bridges. “Oh, and every playlist should have Moves Like Jagger on it. Really whatever song makes you feel like you can’t sit still.”

Jane also enjoys having some fun with her class tunes. “I love moving to music,” says Jane. “The music varies. I love working out to eighties music, but also indulge in pop and even some musical theater tracks.”

In fact, a staple song in Jane’s barre playlist is My Shot from the Hamilton soundtrack. Emily, who’s taken barre classes at MOVE off and on for several years loves it when this song makes an appearance in class.

“I always get a huge kick out of it when Jane plays this song because sometimes the lyrics end up matching what we’re actually doing,” laughs Emily. “We’ll hit that spot in the song where it repeats “Rise up” just as Jane’s asking us to rise up on our toes or rise up from a spine roll. It’s usually pure coincidence, but it just makes it that much more fun.”

In addition to the occasional Hamilton cameo in her list, Jane thinks that every barre playlist should feature Pumped up Kicks by Foster the People, Riptide by Vance Joy and Earned It by the Weekend.

More than anything, barre class showcases exercises that are effective and efficient, just like your favorite Pilates classes. Barre gives you the opportunity to move to music and indulge in that movement, but it also reminds you that sometimes the smallest of movements are what have the biggest impact.

“The most challenging thing about this class is getting yourself to slow down and enjoy the tiny movements needed to engage your deep postural muscles,” says Laura. “Expect to move through several repetitions of very small movements. You’ll start to feel your body working and probably even sweat a little.”

“I love that these classes get you warm and moving and then end with a quick but killer ab series,” says Emily. “I’ve actually gone out to my car after class a couple times and written down exactly what we did on the mat at the end of class because I want to make sure to do it more at home.”

For many people, the benefits of barre become evident in their everyday lives, just like Pilates. Jane notes, “It’s great for creating functional strength. One person told me that the arm series in barre gave her the strength to start her lawn mower for the first time ever!”

What to expect in a Barre class

No two barre classes are taught exactly alike, which is one of the most enjoyable aspects of these classes. You get a little something new each time, but still get opportunities to practice and progress through key movements.

Typically, class will start with a combination of stretching, breathing and leg warm-ups at the barre. You’ll then move into an arm sequence with light weights (or no weights), followed by some additional leg work at the barre. Class then finishes with an abdominal series on mats on the floor and closing stretches.

Most classes also incorporate some combination of props including hand weights, a soft ball and bands. Before each class the instructor will tell you exactly what to grab and remind you to use whatever weight and resistance level you feel comfortable with.

What else happens in barre class?

“Lots of plies! Expect your glutes and possibly your thighs to be sore,” says Jane.

Several repetitions of plies are a hallmark of most great barre classes. And they’re another example of the effectiveness of those small, subtle movements. “We do plies in a variety of positions–toes turned out, toes parallel, feet together, feet part, one foot in front of the other, maybe your heels on a soft ball–it’s so small and so effective,” says Laura.

In Jane’s class, the “side leg series” can be challenging regardless of your fitness level. “It’s often the hardest part for most people because it’s difficult to get the form right and it really works your glutes and adductors,” she says. “It’s the part of class that makes everyone groan, but it’s also the most satisfying. You’ll start to notice your strength increasing.”

Elizabeth, another MOVE client, has been taking a variety of one-on-one training sessions and small group classes for years and was surprised at how challenging and satisfying barre class was.

“The first time I did it my legs were shaking like crazy. But then, just a few weeks in, I immediately noticed my progress and that I was able to do the things that initially felt impossible,” she says.

Ready to give barre a try? Jane teaches livestream barre on Wednesday and Friday mornings at 9am. Grab a chair and some hand weights or soup cans and come have some fun.

Want to take a barre class but weekday mornings don’t work? We love getting feedback from our members on class and scheduling preferences to help us plan future classes. Send us an email and let us know!